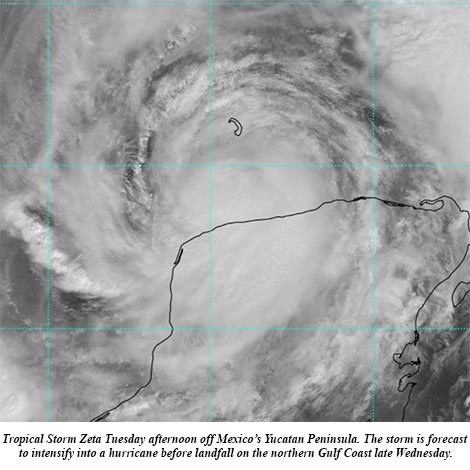 Zeta blossomed into the 11th hurricane of this hyperactive season Monday and its forecast track takes it ashore on the Gulf Coast by midweek. The National Hurricane Center (NHC) on Monday said computer models had become more tightly clustered with the forecast in the Gulf, “resulting in an increase in track-forecast confidence,” and Hurricane Zeta is expected to become the United States’ record 11th storm landfall in a single season.

Such confidence is a reflection that NHC’s tropical storm and hurricane track forecasts, which go out 5 days, have substantially improved in the last 25 years. But, a 2018 essay in the Bulletin of the American Meteorological Society (BAMS) found that such improvements in track forecasts have slowed, raising concern about making them any better and extending them out beyond 5 days with any skill. While that study suggested improvements may have reached a limit, new research also published in BAMS finds a way to further refine them in the coming decades. Using a different interpretation of track position errors than the earlier article, the research moves the predictability limit for tropical cyclones out a day per decade to 6-8 days in the next 10-30 years.