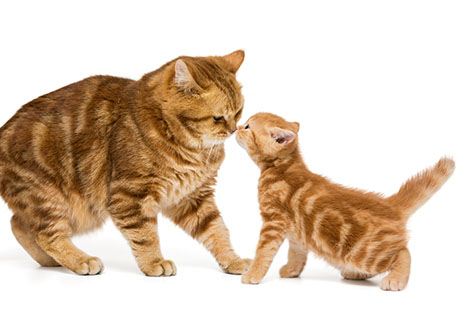 In recent years minimum sea level pressure (MSLP) measured in a hurricane’s eye has become “a much better predictor of hurricane damage” than the maximum sustained wind speed (Vmax) upon which the revered Saffir-Simpson hurricane wind scale is based.

Given that the Saffir-Simpson scale was developed to characterize the risk of hurricanes to the public, we propose classifying hurricanes in the future using MSLP as opposed to Vmax. While no scale will ever perfectly account for the totality of storm risk to life and property (e.g., inland flooding), any improvements to better explain and warn the potential hurricane impacts to an increasingly vulnerable coastal and inland population is, in our view, a worthwhile endeavor.

Klotzbach et al. argue that Vmax is “nearly impossible to measure directly” as the maximum wind mentioned in advisories issued by the National Hurricane Center is the highest 1 minute sustained surface wind occurring “in an unobstructed exposure; (i.e., not blocked by buildings or trees),” which is essentially at sea, not over land. Even with today’s technology, the sparsely observed maximum wind speed is often just an estimate–even land observations are limited by anemometer failure at speeds over 50 kt.

In contrast, MSLP is easy to locate at the storm’s center and is routinely measured by the hurricane hunters in every aircraft reconnaissance mission.

Earlier versions of the Saffir-Simpson scale, created in the early 1970s by engineer Herb Saffir and meteorologist and Hurricane Center director Bob Simpson, incorporated MSLP as a proxy for wind, and they also included ranges by category of storm surge height. But these led to public confusion when actual storm surges and low pressure readings didn’t match up with the categorized winds, and they were removed in 2012.

Vmax …provides less information on the overall storm risk to life and property than does MSLP. MSLP, on the other hand, is a useful metric in that it is strongly correlated with both Vmax and storm size, which is directly related to storm surge as well as a larger wind and rain footprint. The risk to human life is also more directly correlated to MSLP than to Vmax, given the better relationship of MSLP with storm size. MSLP was a more skillful predictor of fatalities caused by CONUS landfalling hurricanes from 1988-2018 than was Vmax. Consequently, we recommend that more emphasis be placed on MSLP when assessing the potential risks from future landfalling hurricanes.

The difference between using MSLP and Vmax when predicting damage potential has become more noticeable in recent years. This is “likely due to larger-sized hurricanes such as Ike (2008) and Sandy (2012) which did much more damage than would be typically associated with hurricanes making landfall at Category 2 and Category 1 intensity, respectively.” Both storms had much larger storm surges than their category rankings suggested, as did Hurricane Katrina, which was Category 3 at landfall based on Vmax, but had a MSLP equivalent to a Category 5. Its storm surge was measured at a record 28 feet and the resulting damage was catastrophic, consistent with a Cat 5 hurricane.

Using MSLP to re-categorize some historic hurricanes at landfall, the study finds the following:

The new BAMS paper is available as an Early Online Release. It will be adapted for print and published in the February issue.