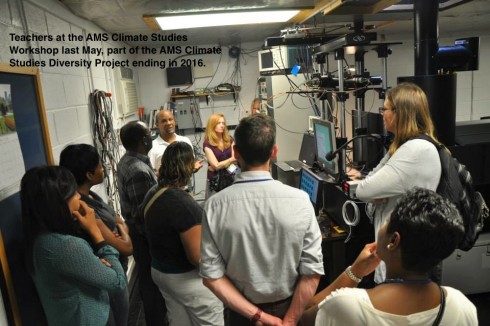 In a milestone year for the now 25-year-old AMS Education Program, one of the proudest achievements was the successful completion of the five-year AMS Climate Studies Diversity Project. This NSF-funded initiative introduced and enhanced geoscience and/or sustainability teaching at nearly 100 minority-serving institutions (MSIs) since 2011.
The recent AMS Annual Meeting in New Orleans was the final event in the project; it included a Sunday workshop bringing together 18 faculty from minority-serving institutions who had attended the project’s May 2015 workshop on implementing the AMS Climate Studies course. The faculty not only attend the workshop; they also presented at the subsequent Education Symposium of the Annual Meeting.
Overall in the Climate Studies Diversity Project, AMS was able to partner with Second Nature, a nonprofit working toward societal sustainability through a network of colleges and universities, to recruit 101 faculty to attend Climate Studies workshops in Washington, D.C. to learn from top scientists at Howard University, NOAA, and NASA. The attendees then incorporated the AMS Climate Studies course materials, real-time data, and lessons in their teaching. 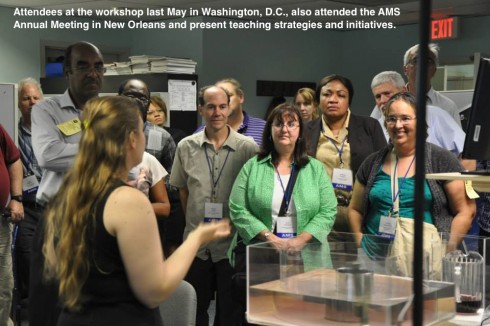