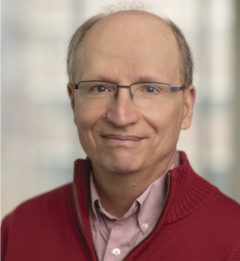 When a manuscript is submitted to one of the 11 technical journals published by AMS, it is examined by the chief editor of that journal. (Two AMS journals, Journal of Atmospheric and Oceanic Technology and Journal of Climate have two co-chief editors.) If the manuscript meets basic standards of clarity, language, and content, the chief editor will assign an editor to handle it. The handling editor’s area of expertise will typically be consistent with the topic of the manuscript.

The next step for the handling editor is the selection of reviewers for the manuscript. Reviewers are also chosen on the basis of their expertise because they are being asked to make a technical assessment of the manuscript under consideration. Most manuscripts are assigned to two to three reviewers, who are expected to return their reviews in a specified length of time.

Thus the scientific publication process depends critically on many people who generously donate their time. Reviewers are at the heart of the peer review process; this army of volunteers provides a critical evaluation of each manuscript and offers suggestions on how it can be made stronger. Reviewers who have a history of providing excellent and timely reviews are often invited to become associate editors, who agree to provide more frequent reviews, review manuscripts on short notice, and advise the editors of challenging or difficult cases.

Editors are frequently chosen from the ranks of associate editors who have performed their duties with distinction. Successful editors have certain attributes: they are excellent scientists, they have good judgment, and they have superior time-management skills. Each of these attributes is important for making sound decisions about manuscripts, communicating with authors and reviewers, and managing the unrelenting stream of incoming manuscripts in a timely manner.

Experience and accomplishment in per- forming the duties of an editor are among the primary considerations in identifying candidates for chief editor. Although this may be the most visible position among the volunteers who contribute to the peer review process in AMS Publications, it is by no means the most important. Reviewers, associate editors, editors, chief editors, and the AMS staff who work with them are all crucial to the scientific publishing enterprise. Regardless of which of these roles you occupy, you are making an important contribution to an essential element of scientific research.

Weather proverbs can be useful indicators of real correlations observed over the centuries, but they can also show unwelcome persistence. The phenomenon is well known: for example, a December 1931 BAMS article referred to a Columbia University study that revealed most high school students had heard the proverb, “When squirrels gather an unusual supply of nuts, it indicates a severe winter”—and 61% of them believed it.

Efforts to confirm or debunk proverbs are also an old tradition. As recorded in the October 1896 Monthly Weather Review, members of the Meteorological Society of France discussed the merits of the popular proverb: ” When it rains on St. Medard’s day it will rain for forty days unless fine weather returns on the day of St. Bernabe.” They found no confirmation of the saying in their data.

There have been several such collections, but there have been practically no serious attempts to separate the “good” from the “bad” proverbs. Many proverbs are merely the relics of past superstitions. Many are useful in one climate and of no use in another land into which they have been imported. Most of our own proverbs came from Europe, or even still farther away, and do not fit into our climatic environment.

Along comes an unusually thorough verification study of Polish weather proverbs in the July 2020 issue of Weather, Climate and Society. Lead author Piotr Matczak (of the Adam Mickiewicz University in Poznań, Poland) and colleagues set their article in the context of the recent, increased interest in integrating traditional knowledge with scientific findings in order to enrich overall climate databases.

The authors searched through 1,940 sayings, mostly looking for if-then logical structure (such as “hot July leads to January frosts”) that suggested predictive power, and narrowed the list to 28 specific enough about temperature to be verified by decades of weather data from observing stations in and around Poland. In many cases, this meant turning subjective descriptions into quantitative categories. For instance, “If Saint Matthew (February 24) does not melt ice, peasants will long puff to warm their cold hands]” was recast as a test: the correlation of maximum air temperature on February 24 below 0°C to mean air temperature for the following two weeks below 0°C.

This proverb proved to be the most accurate of the bunch, fulfilling its predictions 83% of the time. The rest of the sayings were–not so much fantastical as just plain unhelpful. Only 16 of the 28 proverbs showed any forecast skill, and usually quite low skill, which wasn’t necessarily unexpected, since many of the proverbs were essentially extended range forecasts that wouldn’t have been skillful even with modern techniques. Three proverbs, like “If the Marek day (April 25) is threatening with the swelter the Boniface (May 14) freezes” never predicted accurately in the data record. Most of the time the predictive condition occurred, the predicted consequence did not occur (false alarm ratios for most proverbs greatly exceeded 50%).

Including the St. Matthew’s day prediction, only three verified more than 43% of the time: “When Zbigniew and Patrick (March 17) are freezing people’s ears, two more Sundays of winter freezing and snows,” and another for St. Matthew’s day: “If the Matthew day is warm there is a hope for spring.”

There were some interesting shifts in the proverbs’ success rate however that may warrant follow-up research. They did better earlier in the record than in later years, and better in eastern Poland and formerly Polish lands further east. Matczak et al. note,

following the Second World War, Poland was displaced by some 200 km westward, with the population displaced accordingly. Thus, the proverbs may refer to the climate of areas that are more eastward when compared with the current borders of Poland, that is, the areas nowadays in Belarus, Lithuania, and Ukraine.