“Who ever gets tired of looking at this thing?” asked Steve Goodman of an appreciative audience when he presented a slide of the new imagery from GOES-16 at the 97th AMS Annual Meeting this January. 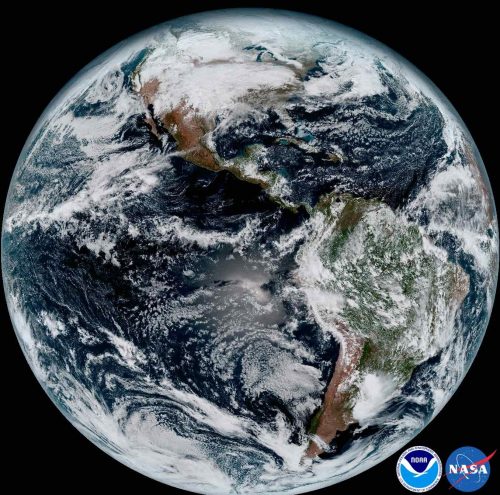 The answer was clearly, “Nobody.”
The images from GOES-16 have been dazzling, but the hard work of maximizing use of the satellite is ongoing, especially for Goodman’s agency, the National Environmental Satellite, Data, and Information Service (NESDIS).
The successful launch in November was a major step for the weather community. Compared to the older geostationary satellites, the new technology aboard GOES-16 offers a huge boost in the information influx: 3x improvements in spectral observing, a 4x spatial resolution advantage, and 5x temporal sampling upgrades. But new capabilities mean new questions to ask and tests to perform.
The satellite is barely up in space and already NOAA is targeting its performance for a major scientific study. Last week was the official start of a three-month study by NESDIS to “fine-tune” the data flowing from our new eye in space.
You can learn more about the GOES-16 Field Campaign in the presentation that Goodman gave at the Annual Meeting. He pointed out that it has been 22 years since the imager was updated, and that the satellite also includes the Global Lightning Mapper (GLM), which is completely new to space.
“We thought it would be good, getting out of the gate, to collect the best validation data that we can,” Goodman said. 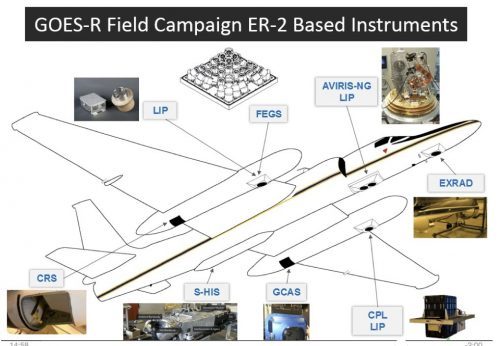 Over a period of 6 weeks, the NASA ER-2 high-altitude jet will fly 100 hours in support of the studies. The flights will be based first from California and then in Georgia, well-timed to coordinate with the tornado field campaign, VORTEX-SE. All the while, the airplane’s downward-looking sensors need to be aimed to match the angle of observation of the satellite-borne sensors. The ER-2 will fly its specially built optical simulator that mimics the GLM.
“That’ll give us optical to optical comparisons,” Goodman noted.
To further check out GLM’s performance, there will also be underpasses from the International Space Station, which now has a TRMM-style lightning detector of its own. “That’s a well-calibrated instrument—we know its performance,” Goodman added.
Meanwhile lower-orbit satellites will gather data from “coincident overpasses” to coordinate with the planes, drones, and ground-based observing systems.
Such field campaigns are a routine follow-up to satellite launches. “Field campaigns are essential for collecting the reference data that can be directly related to satellite observations,” Goodman. He raises a number of examples of uncertainties that can now be cleared up. For example, some flights will pass over Chesapeake Bay, which provides a necessary “dark” watery background: “We didn’t know how stable the satellite platform would be, so there’s concern about jitter for the GLM…so we want to know what happens looking at a bright cloud versus a very dark target in side-by-side pixels.”
Goodman said tests of the new ABI, or Advanced Baseline Imager, involve checking the mirror mechanism that enables north-south scanning. For validation, the project will position a team of students with handheld radiometers in the desert Southwest, but also do a first-time deployment of a radiometer aboard a unmanned aerial system.
The expected capabilities of the ABI, with its 16 spectral channels, are featured in an article by Timothy Schmit and colleagues in the April issue of the Bulletin of the American Meteorological Society.