The AMS announced this week that Alexander E. “Sandy” MacDonald is the new AMS president-elect and will take over as the Society’s president in January of 2015. 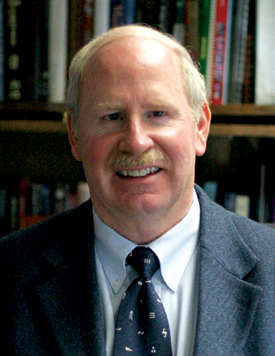 MacDonald is the director of the Earth System Research Laboratory and the chief science advisor for NOAA’s Office of Oceanic and Atmospheric Research. His career has focused on advancing science and technology toward the improvement of services. His leadership role with NOAA dates back to the 1980s, when he led a group within NOAA’s research laboratories that developed and tested systems to bring data streams and models together for operational forecasters. He received the Department of Commerce Gold Medal Award for his role in the development of the National Weather Service Advanced Weather Interactive Processing System (AWIPS) model in 1993.
In 1998, he earned the Distinguished Presidential Rank Award after working with Vice President Al Gore to start the GLOBE program, a web-based initiative that promotes science education in classrooms across the world.
More recently, MacDonald invented Science on a Sphere®–a multimedia system using high-speed computers, advanced imaging techniques, and strategically placed projectors to display full-color animated images of satellite, geophysical, and astronomical data on a sphere–which is being placed in museums and science centers around the world. In 2007, he was awarded a Meritorious Presidential Rank Award for his invention. (Science on a Sphere exhibits will be the subject of a presentation at the upcoming Annual Meeting in Atlanta.) MacDonald has also led efforts within NOAA to use Unmanned Aircraft Systems to improve the accuracy of weather and climate predictions. He received a Distinguished Presidential Rank Award for his leadership of global modeling efforts at the Earth System Research Laboratory.
A native of Montana, MacDonald now lives in Boulder, Colorado.

The AMS also announced the results of the councilor elections and the Council’s selection of a fifth councilor. The new AMS councilors are Heidi Cullen of Climate Central, Steve Hanna, CCM, of Hanna Consultants, Susan Jasko of California University of Pennsylvania, Dennis Lettenmaier of the University of Washington, Michael Morgan of the National Science Foundation, and Wendy Schreiber-Abshire of UCAR’s COMET Program.