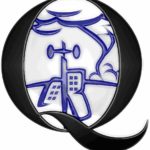 The student conference contest had a happy ending, it just ended a little sooner than mere mortals would expect. Torey Farney, of Cornell University won First Prize before 4 pm Saturday by managing to anticipate the answer before the announcement of the last clue…something to do with mathematically narrowing the range of possible answers and inspired guesswork. Or was that ESP (Earth Science Perspicacity)? His prize was a free travel and registration for next year’s Annual Meeting in New Orleans.
Camaron Plourde, of Embry-Riddle University, also answered early, winning Second Prize (an Amazon Kindle); and Leah Werner, of Embry-Riddle, won Third Prize (an Amazon gift certificate).
Not that they were the only ones to answer correctly. Some 80 percent of the attendees solved the quest.
Meanwhile, in a related drawing, Gavin Chensue, Univ. of Michigan won a copy of the AMS book, Eloquent Science, by David Schultz; and Adam Atia, City College of New York, won a copy the recently published AMS book, History of Broadcast Meteorology, by Robert Henson.
Thanks to AMS’s co-sponsors in the Weather Quest, Atmospheric Science Librarians International and the University of Wisconsin-Madison, for the great prizes.